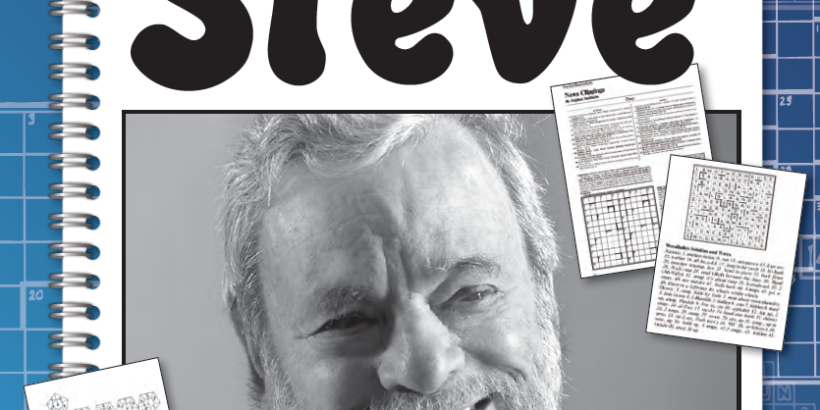 You probably know that Stephen Sondheim, the acclaimed Broadway composer and lyricist, passed away on November 26 at the age of 91. His contributions to musical theater include Sweeney Todd, A Funny Thing Happened on the Way to the Forum, and Into the Woods. In recognition of his work, Sondheim received an Academy Award, a Pulitzer Prize, the Presidential Medal of Freedom, and eight Tony Awards, among others.

What you may not know is that Sondheim had a lifelong love of games and puzzles. In 1968 and 1969, he even wrote cryptic crosswords for New York magazine. In extolling the pleasures of solving them, he wrote: “Bafflement, not information, is the keystone of a British puzzle. A good clue can give you all the pleasures of being duped that a mystery story can.” In 1980, those puzzles were published in a spiralbound book called Stephen Sondheim’s Crossword Puzzles From New York Magazine.

In the May 2021 issue of GAMES WORLD OF PUZZLES, Sondheim spoke to frequent contributor Andrew Parr; the fruits of their conversation appeared in the article “Call Me Steve,” which is linked HERE. In that article, Sondheim talked at length about cryptic crosswords: “I take virtually full credit for introducing cryptics to the United States,” he told Parr. Their wide-ranging discussion also included Sondheim’s experiences with escape rooms and his collection of wooden puzzle boxes—an interest he shared with Parr. He also revealed that he had never missed an issue of GAMES since the magazine’s debut.

Sondheim’s thoughts on puzzle boxes displayed the same intelligence and meticulousness that are so apparent in his musicals. Regarding the puzzle boxes, he said: “It’s the craftsmanship part of it that I love.”  This sentiment, indeed, can be applied to his musical work as well.

We invite you to read Parr’s article so that you, too, can gain some insight into Stephen Sondheim’s contributions to the world of games and puzzles. And, as Parr put it, “Thanks for everything, Steve.” 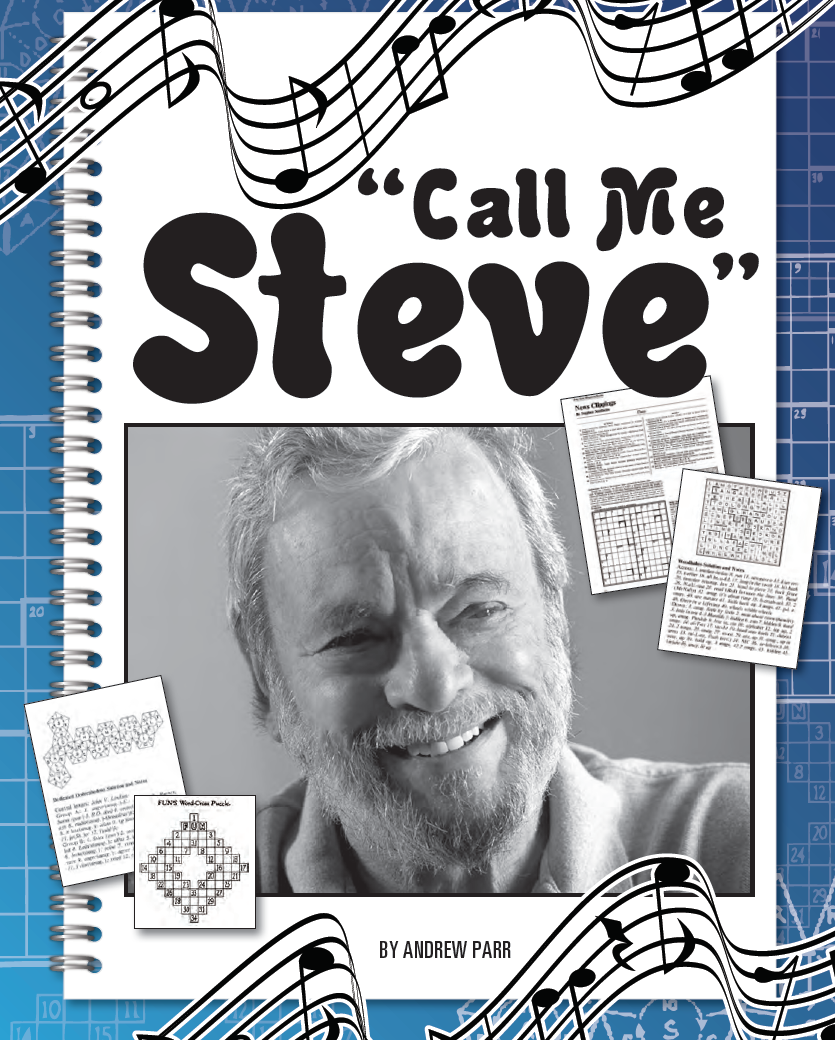