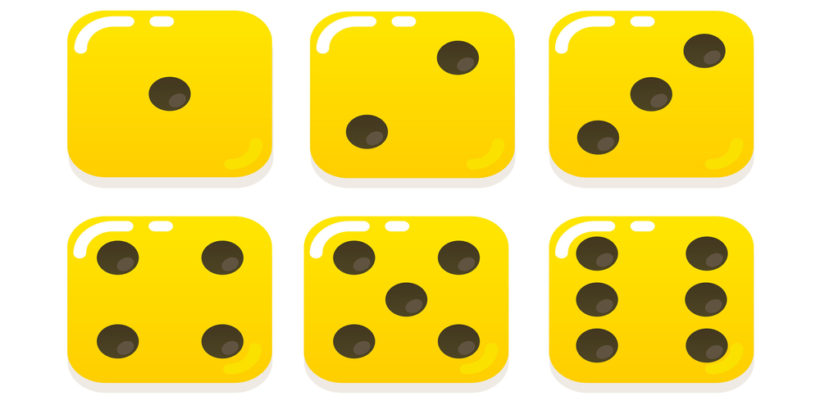 Nathan is in a casino playing an unfamiliar gambling game and will appreciate any help you can give him. He and his opponent each hold a pair of standard dice. In a few minutes they will roll them 10 times, simultaneously. But before they begin, they’ll bet on whether six events (described below) will occur. To bet sensibly, Nathan needs to know the relative probabilities of the events. Can you arrange them in order from the least to most likely? You don’t need to calculate their chances of occurring—we’ve done that for you. Just use your intuition to match the events (1–6) with the listed probabilities (a–f). Good luck!