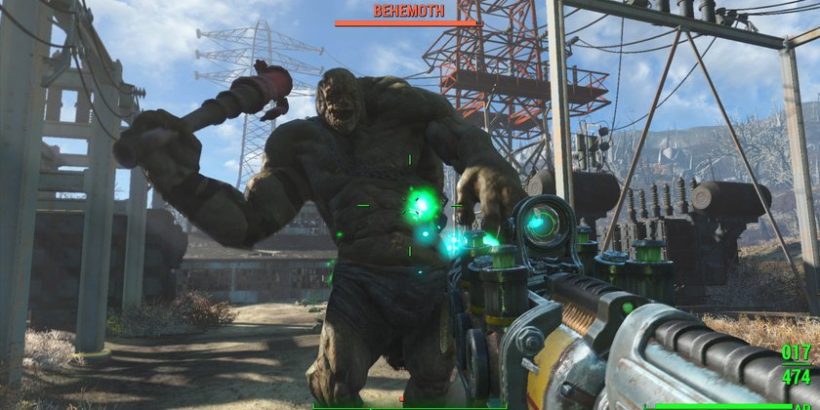 Bethesda’s Fallout games always deliver a unique gaming experience, from the top-down role-playing of the early years to the first-person gameplay of the later titles. The futuristic companion to the Elder Scrolls fantasy series, Fallout places the player in the radioactive wasteland of post-nuclear America. Combining a first-person shooter combat system with an open world and classic RPG narrative, the series allows the player to choose their own path and watch their story unfold as they shoot, stab, and disintegrate their way through hordes of savage raiders and mutants. 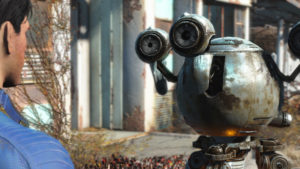 Fallout 4, the long-awaited next chapter in the series, takes place in the ruins of Boston, Massachusetts, now simply referred to as The Commonwealth. It remains faithful to the formula of its predecessors, combining narrative roleplaying with first-person combat and plenty of customization options. Various gameplay mechanics have been added, the most notable being a settlement creation system. Players can scavenge materials during their travels, then later use those materials to create settlements among the ruins. These outposts draw other wastelanders to them, slowly evolving into small towns completely under the player’s control.

You play as a character placed in cryogenic storage shortly before a nuclear war, waking 200 years later and immediately plunged into a quest to save your kidnapped son. The vast ruined landscape of The Commonwealth is filled with countless dangers as well plenty of chatty non-player characters eager to hand out side quests. 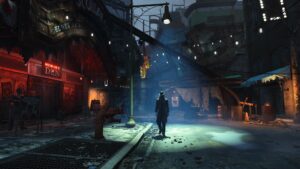 The game takes you through monster-riddled subways, irradiated deserts, and ruined city streets, each offering its own brand of deadly hazard. Along the way, players develop their store of weapons, which can be personalized to fit their play style by tweaking a wide array of modifications and features. Some equipment is found naturally, while other items require the completion of side quests.

Fallout 4 improves upon its predecessors, providing more variety in both play style and narrative than either of the prior Fallout games. The open world allows for nearly limitless exploration, while the branching narrative allows gamers to replay its main story several times for new experiences. One of the most eagerly anticipated games of 2015, it lives up to the hype and is an excellent addition to the franchise. —Brendan R. McDonald