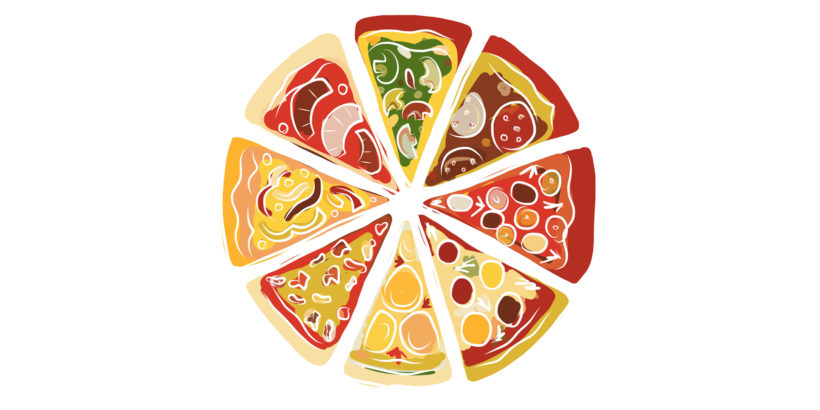 Six close friends got together for a light lunch one day in the town of Chicopee, Massachusetts. When it became clear that their financial resources and their tastes in food varied greatly, one of them suggested that they drop into the town’s newest eatery, the Our Lady of the Elms Spa, where a special six-slice pizza with individual toppings was available. At the spa, the six friends were seated at a circular table (shown below), where each person ordered a vanilla frappe. Since no two people wanted precisely the same topping on their pizza slices, they agreed to order six different toppings: green pepper, mushroom, broccoli,
meatball, sausage, and pepperoni. As they sipped their frappes and waited for their pizza to arrive, they exchanged anecdotes about their lives, and soon realized that each of them hailed from a different New England state. One of them was born in Ogunquit, Maine; another came from Quechee, Vermont; a third was raised in Merrimack, New Hampshire; a fourth hailed from Old Lyme, Connecticut; a fifth was from Misquamicut, Rhode Island; and the sixth was born in Mashpee, Massachusetts. Knowing that the surnames of these six pizza-eating New Englanders were Plymouth, Quincy, Rockport, Stockbridge, Troy, and Willimantic, and given the clues below, can you assign each person the proper pizza topping, and determine the order in which the six sat at the spa’s circular table? 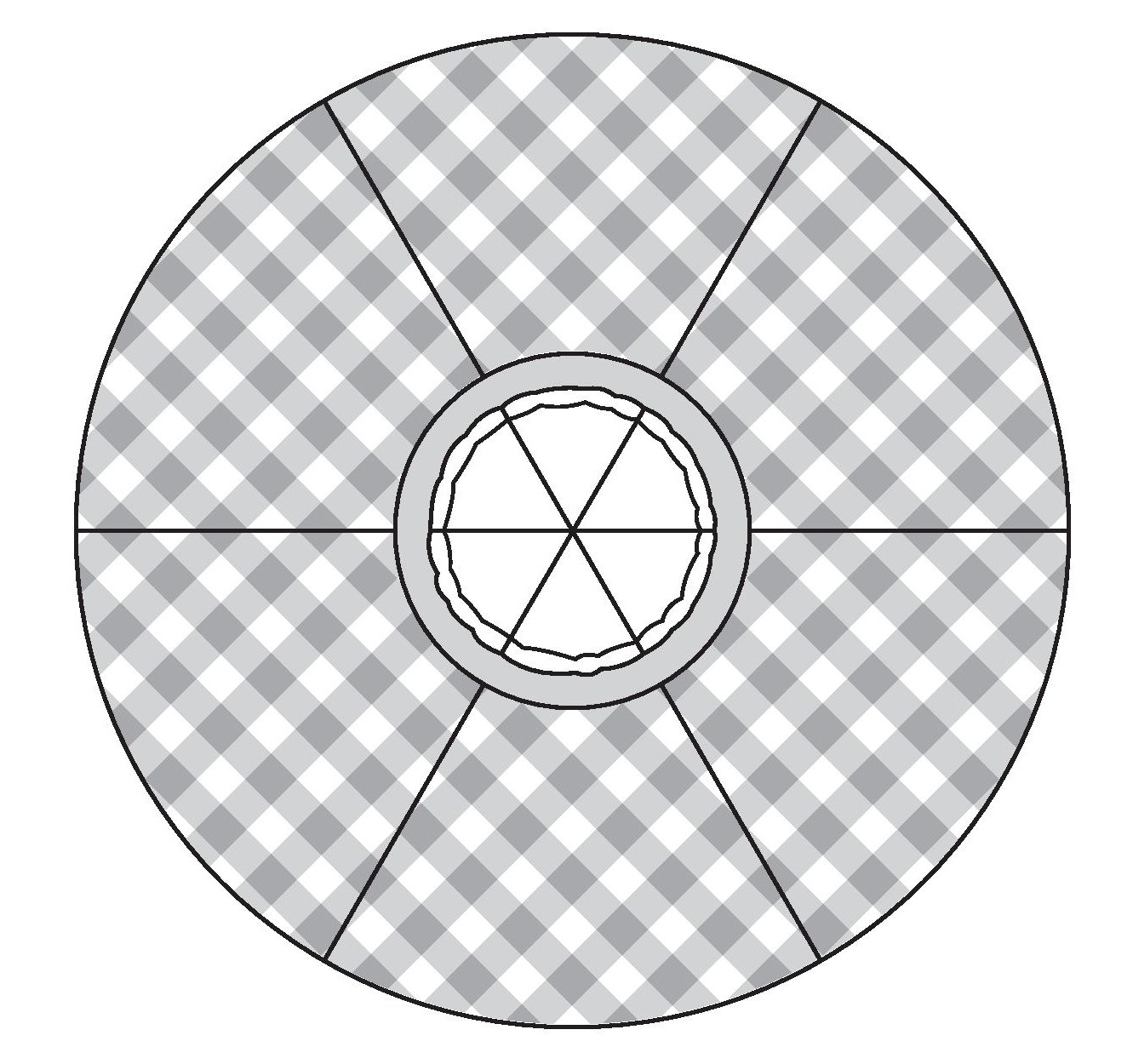