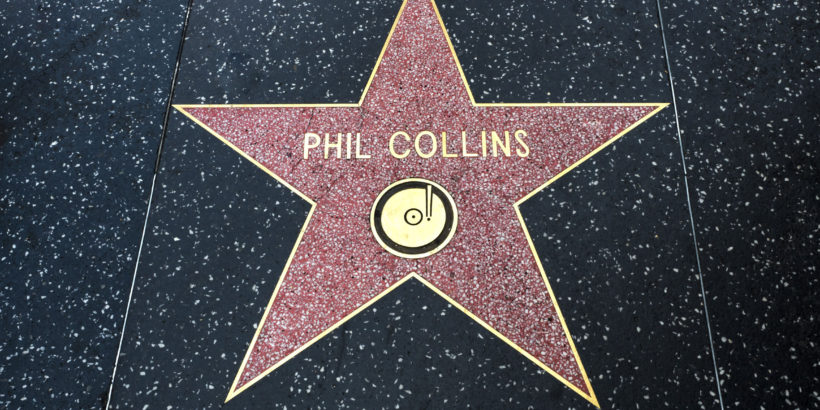 Phil in the blanks

Phil Collins, solo artist, legendary drummer and lead singer of the rock band Genesis, was born January 30, 1951. Let's rock out to some of his music while solving today's punny puzzle

Each of the 14 clues below leads to a word, name, or phrase containing the letter sequence PHIL, FIL, or PHYLL. For example, “Genesis frontman from 1975-96” would be PHIL COLLINS, and a “Boneless slice of meat or fish” is a FILLET. 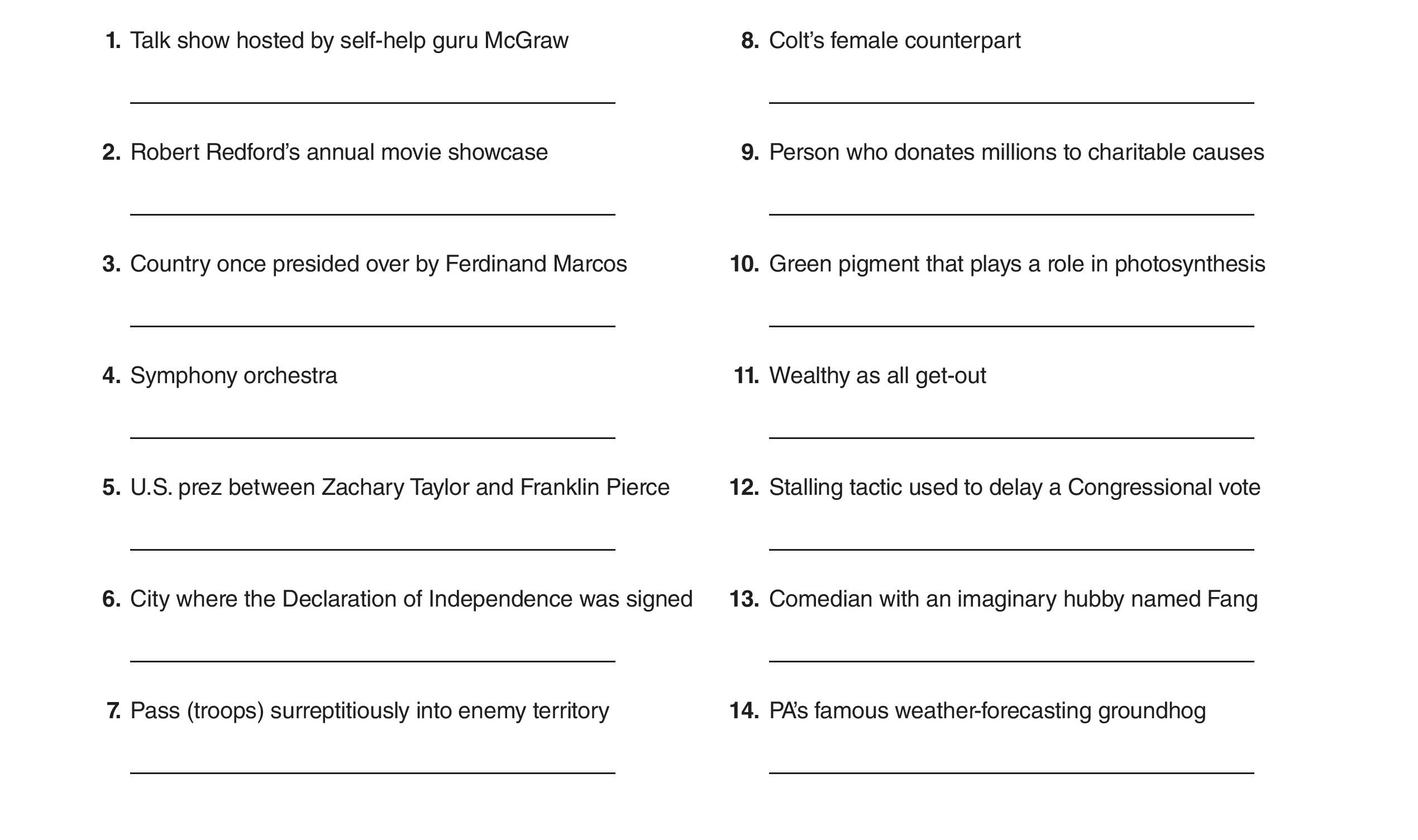