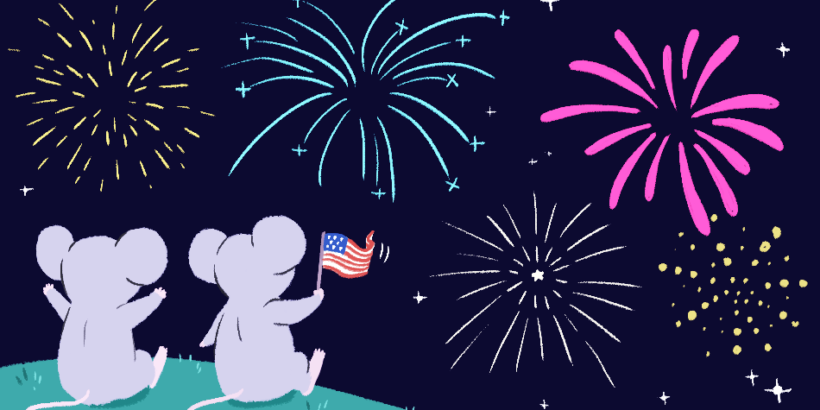 Flag down your friends and show them this beautiful puzzle—or enjoy it all by yourself! The answers to each numbered clue pair below go in the 12 spaces surrounding the correspondingly numbered red star in the grid. The first answer of the pair starts in the arrowed space and proceeds counterclockwise, with the second answer following.

The answers that go in the two pink stripes (the one that travels the perimeter, and the other that borders the central hexagon) are clued in order. It’s up to you to determine where each answer chain begins, but we can say that it goes clockwise in the outer stripe and counterclockwise in the inner one.

As the grid is filled in, a trivia question (category: trivia!) will emerge. Read the white spaces touching the numbered stars from left to right and top to bottom. The answer will be found in the white spaces surrounding the center star, reading the same way. You might want to hold off on solving the center star clues until you’ve had a crack at answering the question. Hats off to you if you get it right! 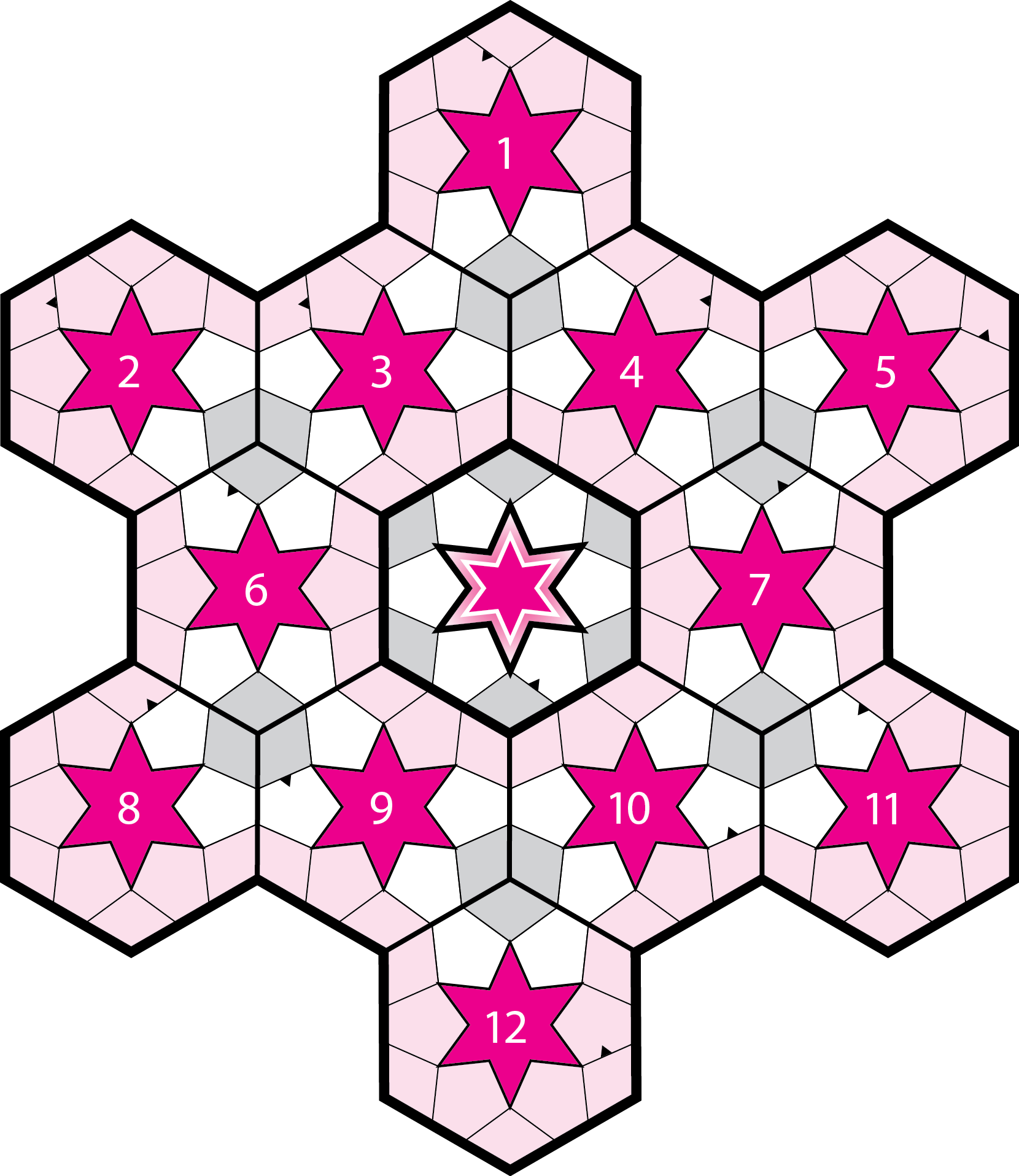