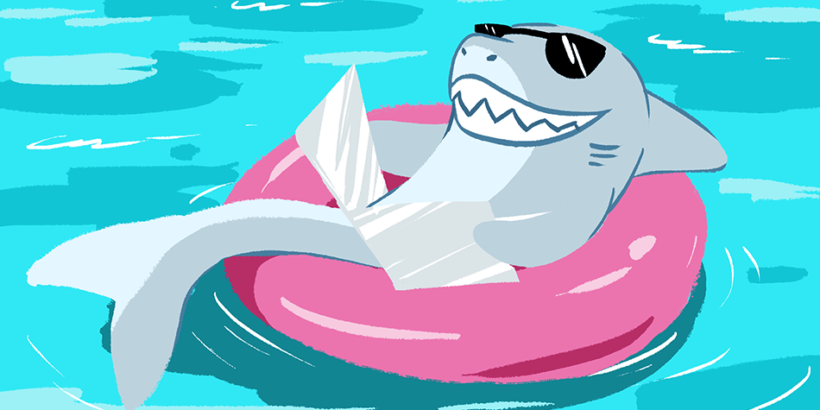 Welcome aboard the Atlantis salvage team. One of your fellow divers brought this map up from the Lost Continent below. It shows the plan of the Temple of the Nereids, which contains vast riches. Unfortunately, the temple also contains 20 guardian sharks with long, nasty teeth. The sharks aren’t particularly alert, though, so you’ll be safe swimming through any chamber of the temple occupied by one of them as long as you never enter by the door that its mouth is pointing toward—if you do, then the shark is instinctually obligated to eat you. And of course, you’d better not revisit any of the chambers, since you’re not likely to catch a shark napping twice. Here’s the plan: Enter the temple through any of the four outer doors, visit all 25 chambers—sure, most of the loot is bound to be in the five treasure chambers, but you never know where some other priceless trinket might be stashed—and exit through one of the three remaining outer doors. Don’t get discouraged just because the last five guys we sent in never came out; a smart diver like you should have no problems. 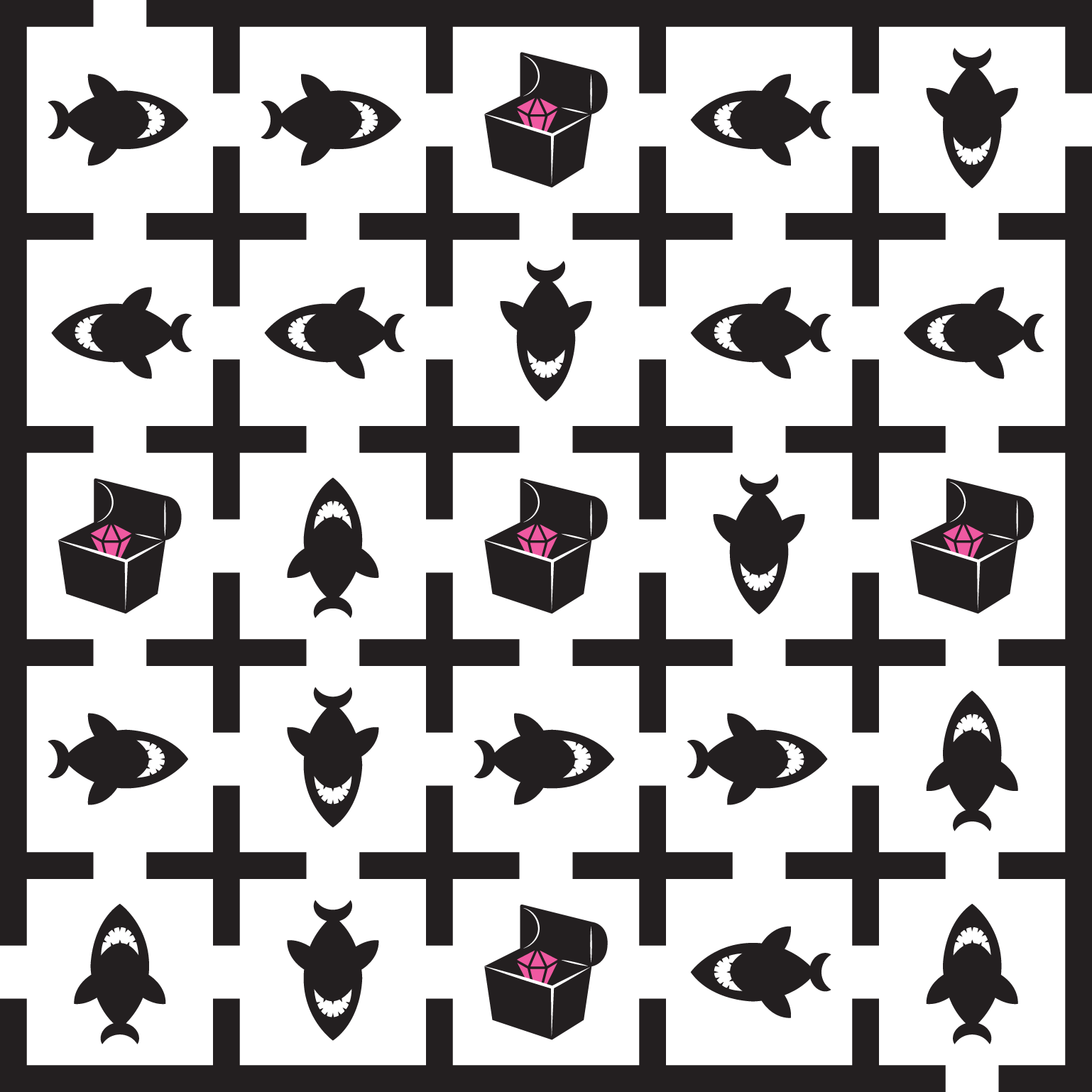