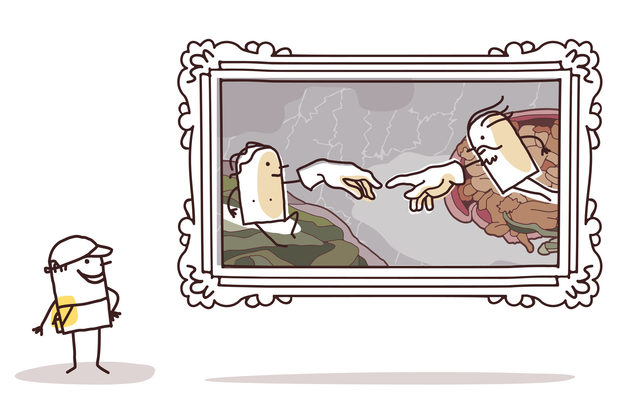 Turns of the century

Each of the following famous people lived through a turn of a century--but which century? Six of them were alive in 1501, six in 1601, six in 1701, and six in 1801. Can you sort out who’s who? As a help, here’s a timeline showing the periods during which these people lived. Each bar on the timeline repre-sents one of these people’s lifespans, and the color of each bar corresponds to one of the seven cate-gories under which the people are listed below. Determining which color represents which category is part of the puzzle.
Published in GAMES, October 2005 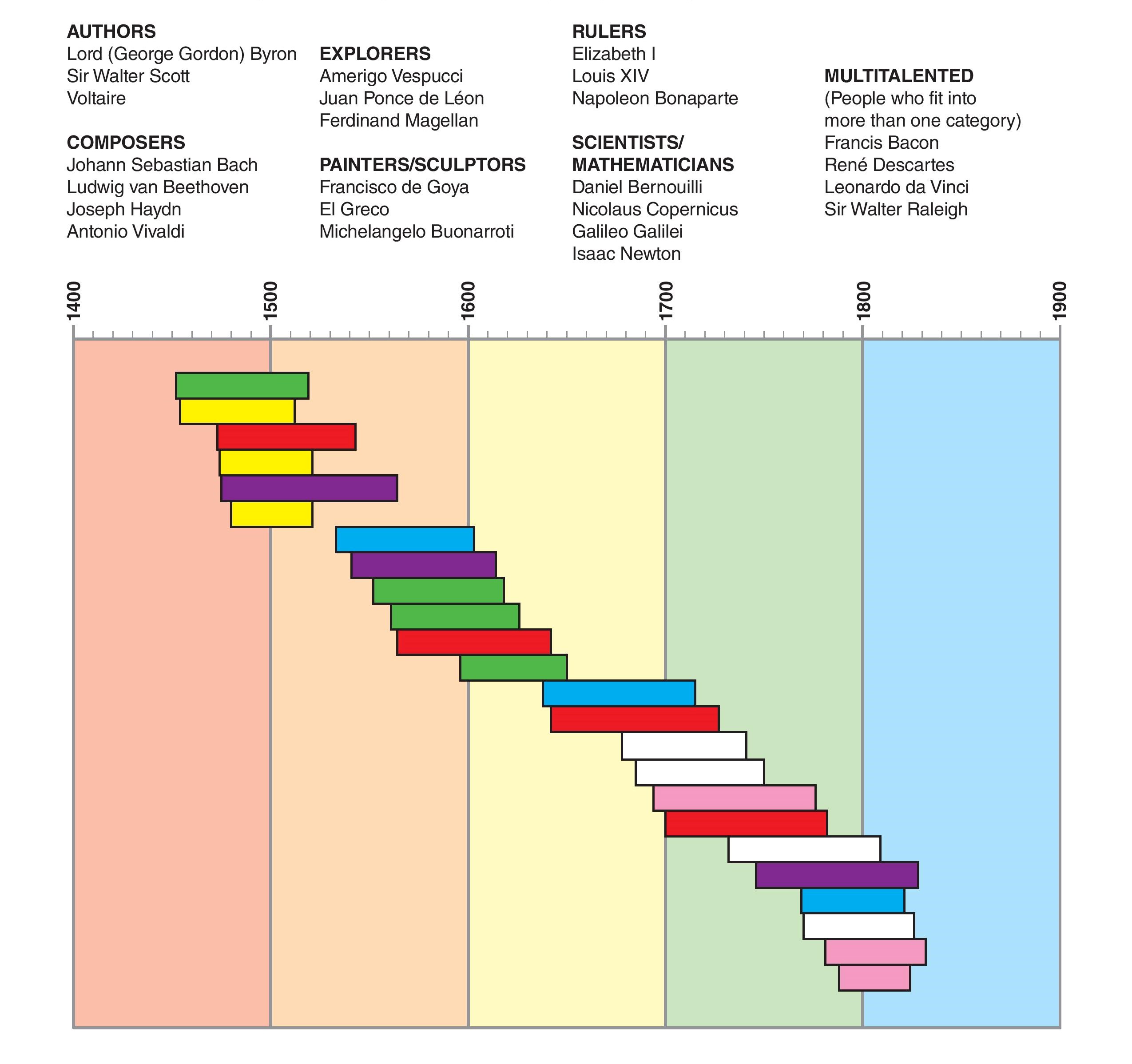