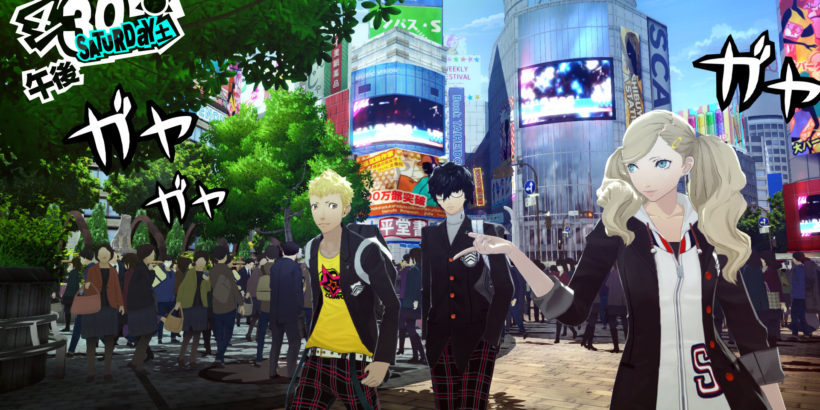 THE PREMISE:
You play as a second-year Japanese high school student who transfers to a new school in Tokyo after a brush with the law. On your first day, you stumble into a mysterious alternate reality filled with monstrous shadows, and awaken to your Persona, a manifestation of your psyche that you use to fight these creatures. Joining with some newfound friends, you set out to change the world as “The Phantom Thieves of Hearts.”

THE GOOD:
Persona 5 is part RPG, part dungeon crawler, part life simulator, and part dating sim. Add to that the admittedly strange premise, and you’d think the game would be convoluted and overstuffed. Guess what: IT’S NOT! The gameplay is masterfully balanced, shifting effortlessly between fighting monsters and hanging out with friends (both of which are, surprisingly, equally fun), and the story is actually pretty straightforward once you get into it. On top of that, the voice acting is enjoyable, the UI is solid, and the whole game oozes style.

THE BAD:
The battles can start to feel repetitive at certain points. I also wouldn’t mind the option to play as a girl, if only to see how that affects the character interactions. I understand that’s a lot to ask, though. Maybe in Persona 5 Golden…? 😉

FINAL REVIEW:
As of this writing, I’ve put in over 50 hours with Persona 5, and I have no plans to stop anytime soon. If that’s not an endorsement, I don’t know what is. Go buy this game! – MM