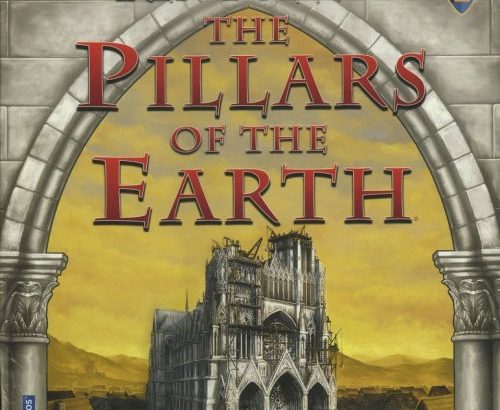 Effortlessly reaching the top this year is a tale of cathedral construction. It blesses gamers of all levels with a tremendous number of choices, and it plays splendidly with any number of contestants.

Three builders in each color begin in the bag. You have 12 workmen, three primitive craftsmen cards, and initial gold. Start each round by revealing seven random resource cards and two craftsmen from their respective decks. Place two additional craftsmen and two privilege cards faceup on the board.

Players in turn purchase an available craftsman, or allocate workers (two to 10) to book the resources on a vacant card. This first phase ends after all players have withdrawn and added remaining workers to the board’s wool mill.

Next, the active player draws builders, one at a time, from the bag. The builder’s owner may pay to place it in an available area (accommodating one to four builders) on the board. Initial builders have more choices, but cost more—and gold is never abundant. Alternatively, send your builder to the “end of the line” and place it free after all builders have been drawn; sadly, by then, the best places are likely to be occupied.

After placing all builders, reveal a random event card, affecting everyone for good or ill. Next, resolve the board areas in order, including awarding gold for workers at the wool mill and collecting resources booked in the first phase. Occupying builders reap their area’s rewards. Rewards include: protection from a malevolent event card; victory points; immunity from taxes (determined by a die roll); a free craftsman; extra workers to use next round; and the right to buy and/or sell resources, to become the starting player next round, or to acquire a privilege card. Privileges enrich the already abundant possibilities by offering a plethora of enticing advantages.

Now, everyone optionally activates their craftsmen, which convert specified amounts of resources (discarded) to victory points or gold. The craftsmen deck is arranged semi-randomly, to ensure that increasingly efficient and remunerative craftsmen become available. The number of resources you can carry to future rounds is limited, and acquiring a craftsman beyond your maximum forces you to discard one. Tough decisions abound.

At the end of each round, a piece of the Cathedral is added. The player with the most victory points triumphs when the Cathedral is completed. (originally reviewed 7/07)—John J. McCallion and Robin H. King