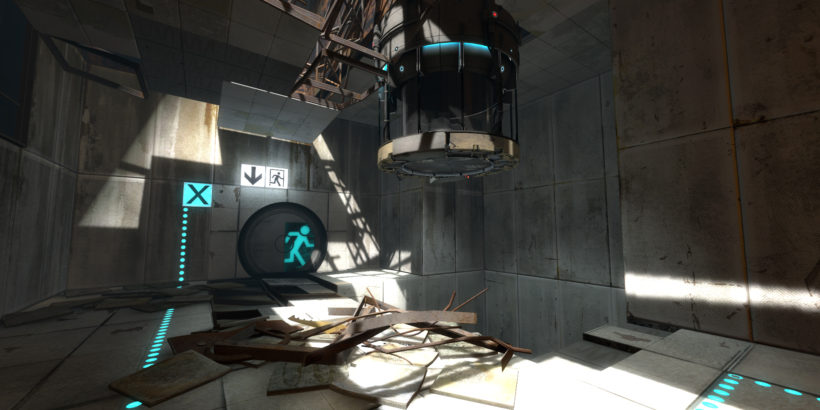 Portal started as a school project, and was published as added content for Valve’s Orange Box compilation. These humble origins belie the heights to which it eventually would rise, and the original is now considered one of the classics of game design. Every inch of Portal was meticulously crafted, from the levels and puzzles to the outstanding storyline and voice acting. Although the game could be finished in about two hours, they were two of the best hours in gaming history. 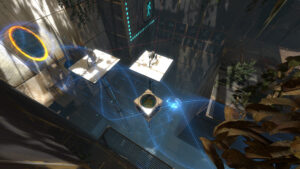 The premise was loaded with potential. As in most action games, you run around a threatening landscape carrying a gun in a first-person perspective. The gun, however, doesn’t shoot bullets—it shoots portals. The first shot opens an entry portal. The second shot opens an exit portal. You can then walk through the first portal and emerge from the second. This simple element, when combined with carefully constructed environments, sets up an astonishing array of puzzles.

Portal 2 builds upon all of these elements to create a far more elaborate set of challenges. There is a heavier emphasis on story and humor, with outstanding voice acting matched to terrific comedy writing. It’s a larger, longer game, with fresh ways to interact with the environment. The new features include “excursion tunnels” to transport objects on a kind of enclosed conveyor belt, “aerial faith plates” that bounce you around a level (they require a “leap of faith” because you’re never quite sure where they’ll leave you), and various gels to boost speed, add bounce, or create portal-friendly surfaces.

The designers had a tough act to follow in creating Portal 2, and they accomplished the task with wit, style, and imagination. The game is just different enough to make it more interesting and challenging, but the solutions are never overly complex. They require analysis of the environment and the goals, and then a logical application of the tools at hand.—Thomas L. McDonald