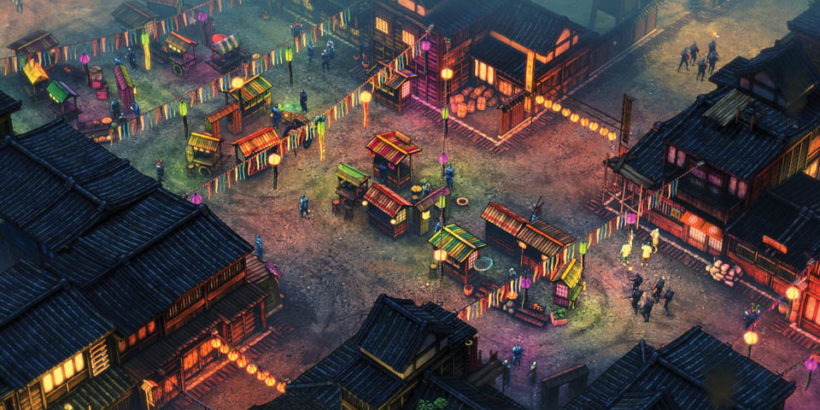 Shadow Tactics finds a sweet spot that many games have tried and failed to hit. From the long-running Commandos series back to Jagged Alliance, the tactical/stealth game has been building to this perfect blend of environment, setting, storytelling, characters, graphics, and gameplay. The mechanics are not new, but they’ve never been done this well.

A team of up to five characters navigates a large 3D environment viewed from above, trying to avoid guards while completing missions in 17th-century Japan. The environments are lovely to look at, but that detail provides objects and locations that allow creative solutions to problems. Shadows and bushes conceal, vines and hooks allow you to climb, objects such as vases and lumber can be dropped on guards, and plenty of other things can be turned to into a clever weapon or distraction.

The setting in Edo-era Japan gives all of this a rich period detail that’s brought to life by a strong narrative about a mysterious warlord challenging the shogun’s rule. A team of warriors, each with unique abilities, is drafted to uncover the identity of this warlord and thwart his plans. The fascinating part is the way these characters, each with distinct skills and personalities, interact to complete goals. Not only can you switch among them to do different things, but you can queue a number of actions and then trigger them simultaneously.

The ninja Hayato can kill at a distance with a shuriken; Mugen, a samurai, lures guards to his location with a bottle of sake and can unleash a sword flurry to kill multiple guards at once; the thief Yuki can lay traps; and Aiko can disguise herself to get close to guards and even reduce their vision with sneezing powder. The best is the sniper Takuma, who can use his trained tanuki (raccoon dog) to distract multiple guards with its cuteness.

Throughout most of the 13 missions, you use only a few of these characters, but sometimes all five are required, and some situations require careful analysis and coordination. It’s not a game that tolerates brute force, but rather, as the title suggests, rewards careful tactics. —Thomas L. McDonald