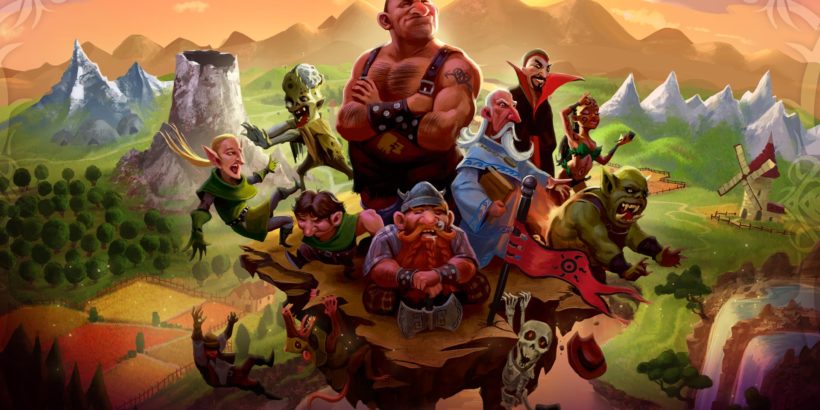 We welcome Belgian designer Philippe Keyaerts to the top spot for the second time. His Evo was our Game of the Year in December 2001. You start with five coins to dominate a tiny, overcrowded island of provinces in five terrains. There is always a column of six random combinations on the menu. Each combination is a tribal strip (valued from 3 to 8) representing a race with a unique advantage, accompanied by a Special Power token (valued from 2 to 5). 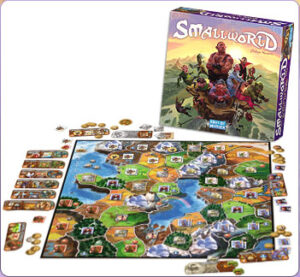 On your initial turn, select a combination and replenish the column. The column’s first combination is free—otherwise place a coin on every combination above your selection and take any coins previously deposited on your choice. Take a number of matching warrior squares equal to the total value of your combination, and invade. Start at an edge province, and expand to provinces adjacent to those you occupy. Place two warriors in an empty province. Mountainous provinces and each enemy encountered costs an additional warrior. Vanquished opponents retrieve all but one warrior (discarded) from conquered provinces, and replace them in their provinces when your turn ends.

You may roll the special die on your last invasion after nominating a province you do not have enough remaining warriors to conquer. If the die roll plus remaining warriors at least equals the number of warriors required, your warriors occupy the province; otherwise, place them in any provinces you control. After optionally transferring warriors between regions you occupy to assist defense, earn one coin for each of your provinces.

On future turns, continue expansion by redeploying warriors in play. Alternatively, put your weakened tribe into Decline by removing from play all but one in each territory. Declining frees you to select a new combination to invade next turn. Declined warriors, although immobile and powerless, earn coins until removed by conquest or when you decline another tribe. Being aware of available combinations and considering declining even when relatively strong is essential on the road to winning this intensely tactical game by having the most coins after the final round.

Fascinatingly different games are guaranteed with the enticing plethora of random combinations that in clever, and often amusing, ways strengthen attack, enhance defense, or increase income. We see a big future for this Small World, and look forward to expansions.—John J. McCallion and Robin H. King