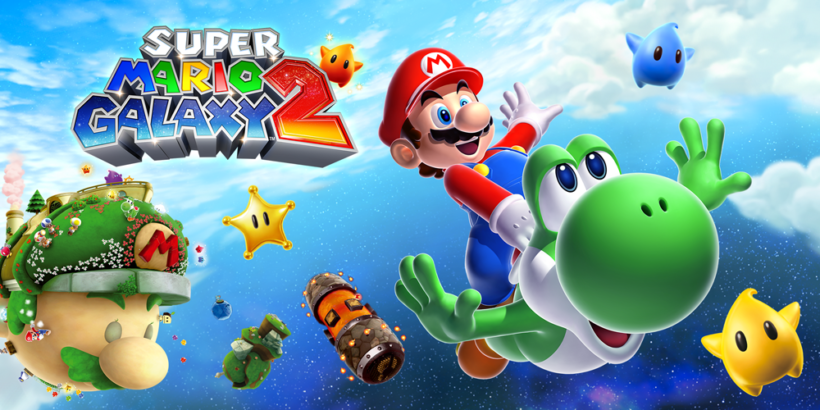 The original Super Mario Galaxy was a victim of poor timing here at GAMES. First, it shipped at an awkward point in the year (November), which means we didn’t get it in time for the 2007 awards. Second, a little masterpiece called BioShock (one of the best games of all time), shipped a couple of weeks later, and shut out all contenders for the 2008 Game of the Year Award.

In 2010 we can rectify that oversight, and unequivocally state that Super Mario Galaxy 2 is not only superior to the original, but that it is in fact the best electronic game of the year. 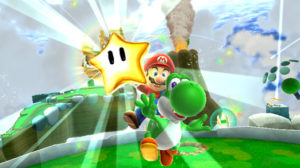 This isn’t just a consolation prize awarded because we couldn’t do that for the original game three years ago. Super Mario Galaxy 2 has earned its place at the top of the heap by the sheer mastery of its design.

All of the best elements of the original have been carried forward in this sequel. It has the same engine, visual style, control scheme, and design elements that made Super Mario Galaxy such a breakthrough pleasure. The first game took Mario’s familiar platforming gameplay—the jumping, bouncing, spinning, and soaring traversal of puzzle-like levels—through a dazzling array of inventive landscapes in, on, and around planets and other celestial bodies.

The sequel smoothes over the rough spots, eliminates what didn’t work, and expands upon what did. Galaxy 2 begins in the 2D world familiar to players of Super Mario Bros. for Wii, then gradually introduces more complex controls and environments until the player finds himself traversing lavish 3D worlds with shifting gravity, or soaring through space from one planet to another. 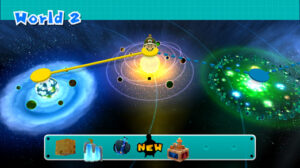 To accomplish this, Mario has some new resources in Galaxy 2, such as a Cloud Suit that allows him to create fluffy, temporary platforms, or a Rock Suit that allows you to use him like a bowling ball. Yoshi is also drafted into the space program—he can use his tongue to grab objects or his glowing power to illuminate hidden platforms. Players can even have a friend help out, with a more fully developed co-op mode that allows another player to hop in and help grab stars.

This is just a pure delight, with nary a single element out of place. Thanks to the more gradual learning curve, an in-game helper, and co-op play, this is a good pick for the whole family, even younger gamers. There is joy in here, and families with a Wii shouldn’t pass this one up.—Thomas L. McDonald