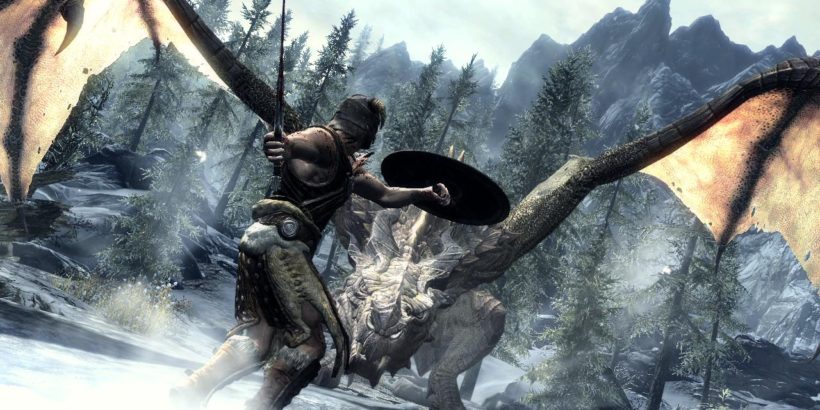 Even the worst years have some really standout titles, and 2012 is no exception. A gaming landscape with Batman: Arkham Asylum, Dark Souls, Quantum Conundrum, Uncharted 3, and Where’s My Water is a good year, if not a particularly title-rich one.

No game, however, hooked as many people for as long as Skyrim, the latest title in Bethesda’s Elder Scrolls series. With people logging well over 100 hours in-game, this was the great time-suck of 2012.

The Elder Scrolls V: Skyrim is vast. It is epic. It achieves moments of grandeur unlike anything we have ever encountered in role-playing games. Yes, it is flawed in places, but these are the flaws of a system that occasionally breaks down under the immense strain created by pushing current technology to its very limits.

Players familiar with its immediate predecessors from Bethesda Softworks—The Elder Scrolls IV: Oblivion and Fallout 3—will see much that is familiar, on the surface. This is a still an open-world, action-oriented RPG, heavy on dialogue and filled with quests, places to go, and things to kill.

But everything is simply better this time around. The potential hinted at in Oblivion and developed further in Fallout 3 is now fully manifested in Skyrim. Bethesda has created a dynamic, highly developed fantasy world populated with an immensely diverse selection of characters and spread across the most fully realized landscape ever seen in an electronic game. 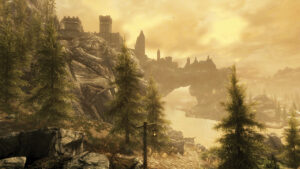 There is much to love in Skyrim, but the biggest star of the show isn’t the graphics, the story, the character, or even the gameplay, but Skyrim itself. This world just cries out for exploration, from its sunlit valleys to its frozen mountain peaks, from the depths of monster-haunted dungeons to the frozen plains where peaceful giants (deadly if provoked) act as shepherds for woolly mammoths. Farms, homesteads, fortresses, and ancient ruins dot the landscape, beckoning travelers. The different cities each have a unique character and even a socioeconomic profile, from grand imperial seats to squalid, poverty-blighted areas where thieves and cutthroats lurk in shadows. Never has a fantasy world been so thoroughly and appealingly realized in a video or computer game, not even World of Warcraft.

The combat mechanics are quite simple but provide for ample flexibility. Each of your character’s hands is bound to a button and can be assigned a weapon, shield, or spell. Favorite spells and gear can be called up while the game pauses, allowing you to cast a spell, switch to weapon and shield, and then switch back to a spell, with each hand acting independently. The spells themselves come in a wide array of categories, such as healing, summoning, attacks, traps, and more. The game also features an incredibly robust crafting element that allows you to make, improve, and sell all manner of items from armor to potions.

This is a masterpiece of worldbuilding and epic storytelling, rich in content and featuring an immense amount of gameplay. It’s impossible to say how long it would take to see and do everything in the game, but Bethesda has claimed 300 hours of potential gameplay. It’s easy to believe. This is a monster of a game, and a masterpiece of interactive art.—Thomas L. McDonald