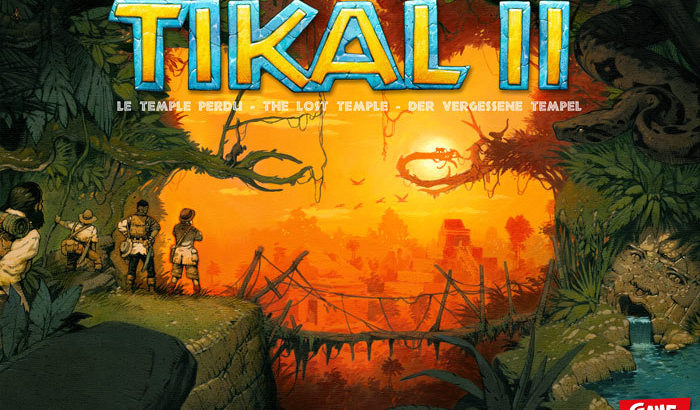 In 1999 and 2005, our Games of the Year were Torres and Australia, respectively. Superb design partners Wolfgang Kramer and Michael Kiesling have again found the key to success in a very competitive year. Their latest multi-choice masterpiece has that wide appeal we demand from our top selection.

Seed the six sites along the board’s flanking river with facedown random tiles. Sail clockwise on the river. Collect a tile where you stop, and use it. Tile awards include: (a) Keys. Keep them to open doors, or permanently store them to earn end-of-round points for sets. You must discard any key to sail around the river’s toll corner. (b) A Secret Passage, which may be spent to enter a room you cannot otherwise access. (c) Examine the top three facedown room hexagons and add one to a vacant Temple space. (d) Choose one of the top three Treasure tiles. (e) Select one of the top three Special cards. These offer privileges or ways to score extra points. (f) Add the top faceup Sanctuary hexagon to a vacant space. These are accessible from adjacent rooms’ doors.

Continue turns by moving your archaeologist to a room and put your flag there, scoring extra points if no other flags are there. The doors in that room, plus doors of matching color elsewhere where you have a flag, earn points equal to their total. Placing a flag at a sanctuary’s vacant space earns the illustrated reward.

The first round ends with all tiles taken. Reseed them for a second and final round. Highest score is Excavator Extraordinaire.—John J. McCallion (originally reviewed in May 2011 GAMES)