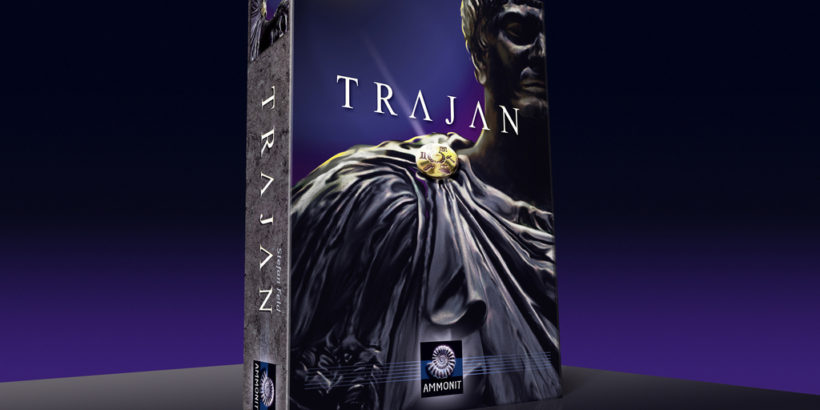 In last year’s Games 100, we honored designer Stefan Feld by naming two of his games as Best and Runner-Up in the Advanced Strategy category. We never expected him to surpass those wonderful designs so soon!

In top place this year is another masterpiece for keen and experienced gamers. An ingenious adaptation of the mechanism of Africa’s classic mancala games presents a gargantuan feast of possible actions and numerous strategies. 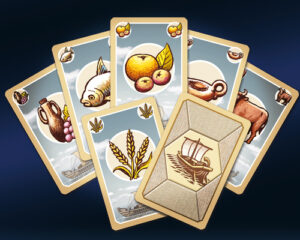 Your personal mancala board’s six cups each start with two random cubes. Cubes are in six colors. Trajan tiles (six faceup thematic stacks) each show two colors; three Trajans also occupy three of your cups. Start turns by “seeding” all the cubes in any cup: Place one in each space clockwise from where you start. Execute the action printed on the cup where the last cube arrives. You also discard a Trajan in the last cup reached if that cup includes at least one cube of each color illustrated on the tile. These Trajans award you points and/or an additional action. What a mechanism to master before gorging yourself on actions!

Actions on the Roman Empire board are: (a) Add a Trajan tile to a vacant cup. (b) Occupy a vacant Building in the random plot, keeping each pawn adjacent to friends. Buildings in five types award points. First of each type you take earns an immediate extra action, and matching Buildings score extra at the end. (c) Draw commodity cards, or display combinations for points. (d) Select an Improvement from those revealed when rounds start. These include those you discard to take the matching action twice when executing it. (e) Move your General to an adjacent province to earn its random Improvement, or shift a pawn to the General’s province to score illustrated points. (f) Earn Senate points, which determine which players earn the two random Bonus Tiles revealed when rounds start. These score extra for required combinations when play ceases.

The number of cubes seeded determines a round’s progress. Three times per round a random People’s Demand (Bread, Games, or Religion) is revealed. When rounds end, anyone unable to spend Improvements with matching icons loses points. After four rounds, win with highest score.—John J. McCallion