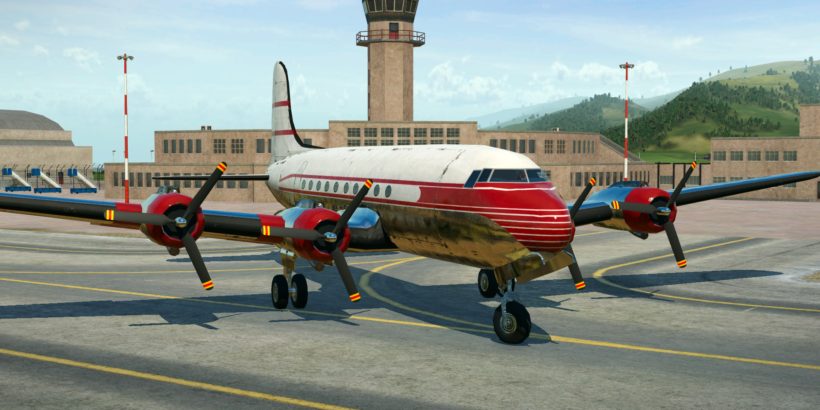 Railroading games have been popular from the early days of PC gaming. Sid Meier’s Railroad Tycoon is the granddaddy of the genre, but it’s Chris Sawyer’s Transport Tycoon—which merged road, rail, air, and water networks—that developed a cult following. Revived by fans as the open-source OpenTTD, it’s had a life far beyond the initial 1994 release.

2014’s Train Fever tried to bottle that lightning for a new generation with slick 3D visuals and a new twist on the gameplay, and it succeeded up to a point. The sequel, Transport Fever, fulfills that promise by taking the visuals and gameplay of Train Fever and adding the air and water networks it was missing, as well as historical campaigns and expanded editing tools. The result is a dense game with a bit of a learning curve, but one that succeeds like no other transport game has in 20-odd years. 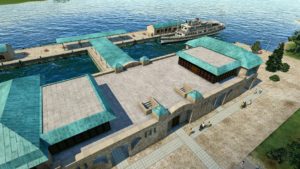 The first thing you’ll notice about Transport Fever is the beautiful, detailed game world full of buildings, people, and historical vehicles. The game begins in 1850, and as technology improves over time you get new vehicles with more advanced capabilities. You can zoom right in to individual drivers or pedestrians and all the way out to a bird’s-eye view, follow a train through a tunnel, or get a POV from a ship sailing down the river. It’s a wonder to look at.

It’s far more than a pretty toy box, however, and that’s where some gamers may stumble. Don’t even consider trying it without doing the full tutorial, because it has punishing transportation networks and economic systems that need close attention. Goods are only produced when all elements of a network are in place. You can take the crude oil to the refinery and the refined oil to the town in one of the shorter manufacturing chains. As they get longer, they’re more at risk of breaking down, and soon you may find that well-oiled network for turning bricks into buildings grinding to a halt.

There are two historical campaigns with specific goals, each taking about 10 hours, but the real delight is the sandbox mode in which you can just lay track, build ports, and establish airlines at leisure. It’s the unlimited train set every kid always wanted. —Thomas L. McDonald